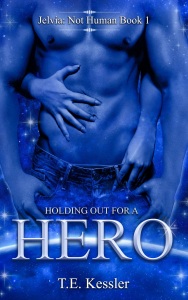 Macy Shaw, a journalist, is obsessed with Jelvias—a species living alongside the human. Taking advantage of her obsession, her boss calls on her to interview Narcifer, a Jelvian man, over the whereabouts of the Jelvian leader, Aldarn. Ultimately, Macy falls for Narcifer until it becomes clear to her that she’s a pawn between her world and the world of the Jelvias.

Extract from chapter fifteen, book one of the Jelvia: Not Human series.

Holding out for a Hero #1

Daylight swamped her, and the sound of the sea crashing against the shore reached Macy’s ears. Macy tried to turn around to look at Narcifer, but his hands on her shoulders wouldn’t let her. His breath fanned her cheek as he said in her ear, ‘Once you see me, you’ll be afraid again.’

‘You will. I’ll see fear and mistrust in your eyes, and I think that will break my heart.’

‘You’re just going to have to trust me.’ She reached up and took his hands away from her shoulders and then turned around to face him. He was as she remembered: tall, beautiful, completely black eyes—but there was no grin this time. Instead, he looked grave, and for the first time, Macy noticed his uncertainty, but it endeared him to her. The sound of the ocean and its light spray added to the surreal moment Macy found herself in—staring into a black cave and straight into the eyes of a Jelvia. His expression was impassioned, and his fingers brushed the side of her cheek.

‘I’ve dreamed about you every night since we met,’ he said, ‘and I’ll always be your hero, Macy Shaw, whether you reciprocate my sentiments or not.’

Narcifer stepped back, misinterpreting her silence. His beautiful fa 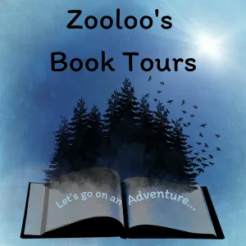 ce was in the shadows once more, and his reflective eyes glinted. ‘I’m sorry,’ he said, and his eyes shut off as he turned and allowed the dark to swallow him up as he moved away and into the cave.

She ran after him, allowing the inky blackness to wash over her again. ‘Narcifer!’

He must have turned because she was staring into those eyes again. The stare was unwavering—two solid lights.