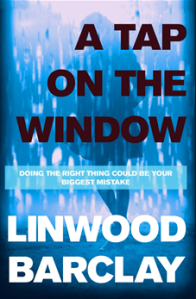 Synopsis: When Cal Weaver stops at red light on a rainy night while driving home, he ignores the bedraggled-looking teenaged girl trying to hitch a lift. Even when she starts tapping on his window. But when she says, ‘Hey, aren’t you Scott’s dad?’ and he realizes she’s one of his son’s classmates, he can’t really ignore her. OK, so giving a ride to a teenage girl might not be the smartest move, but how much harm could it do?

Over the next 24 hours Cal is about to find out. When the girl, Claire, asks to stop at a restroom on the way home, he’s happy to oblige. But the girl who gets back in the car seems strangely nervous, and it’s only when they get nearer their destination that Cal realizes she no longer has the nasty cut that he noticed on Claire’s hand. After he’s finally let her out of the car he remains puzzled and intrigued. But it’s only the next morning that he starts to really worry. That’s when the police cruiser turns up at his door and asks him if he gave a lift to a girl the previous night. A girl who has now been found brutally murdered.

If Cal is going to clear his name he’s going to have to figure out what Claire was really up to and what part he played in her curious deception. But doing so will involve him in some of the small town of Griffon’s most carefully kept secrets – and a conspiracy as bizarre as it is deadly.

Now as any regular readers of my blog will know, I love a bit of Linwood Barclay and would be more than happy to read anything that he cared to write, so it is sometimes hard for me not to just award 5 stars simply because I think he’s ace! Having said that, I always try to be entirely honest with my reviews and I feel this particular Barclay novel is just slightly lacking what would be required to attain that fifth star.

Most of the way through I couldn’t help myself thinking ‘would I have given that girl a lift?’ yes, probably, but ‘would I have given her a lift if I was a man?’ no way! I’d have stopped and rung her parents. Actually, even as a woman I still think I’d have rung her parents first. So as this guy was a private detective you’d think he’d be only too aware of the dangers of picking up a teenage girl he barely knew. A somewhat pedantic starting point to the review but for me it meant the book got off on the wrong foot.

A Tap On The Window has a good and fast moving plot with well defined characters and lots of twists and turns and clever story construction. I found myself liking and hating various people as they cropped up in the book and even downright despising some of them; this is definitely a page turner and I found I simply had to keep reading to see how each sub story would play out.

I liked that fact that A Tap On The Window has some pretty dark and gritty elements to it alongside the general whodunnit theme, this extra scene setting adds such a depth of reality to Linwood Barclay’s books; he really is a clever old sausage.

Overall, I think this book pretty much sums up why I wouldn’t want to live in an outback town! The corruption and misery seem all too real and the thought of being a teenager growing up in that town is somewhat unappealing, equally so for girls and boys with the majority of the town police force acting outside of the law.

I’m still tempted to change this to a 5 star review as I thought the ending and the build up to it was excellent, which is so very rare these days.

If you’ve never read anything by Linwood Barclay then you are sorely missing out!