It took me a couple of chapters to ‘bed in’ with the writing style, which feels fast, tight and urgent as you read.

The narrative feels all too real, the relationships with colleagues, work/home balance and hierarchical structures are told with a depth of credibility and knowledge that makes sense once you realise the author served with the Met Police.

I found it incredibly hard to put this book down felt hugely invested in the characters and their lives. Ian Patrick has created an immersive world here, full of darkness, despair, cruelty, friendship, humanity and peppered with timely touches of humour.

I feel like I could have kept reading about this world of undercover agents, criminals and families for ever. 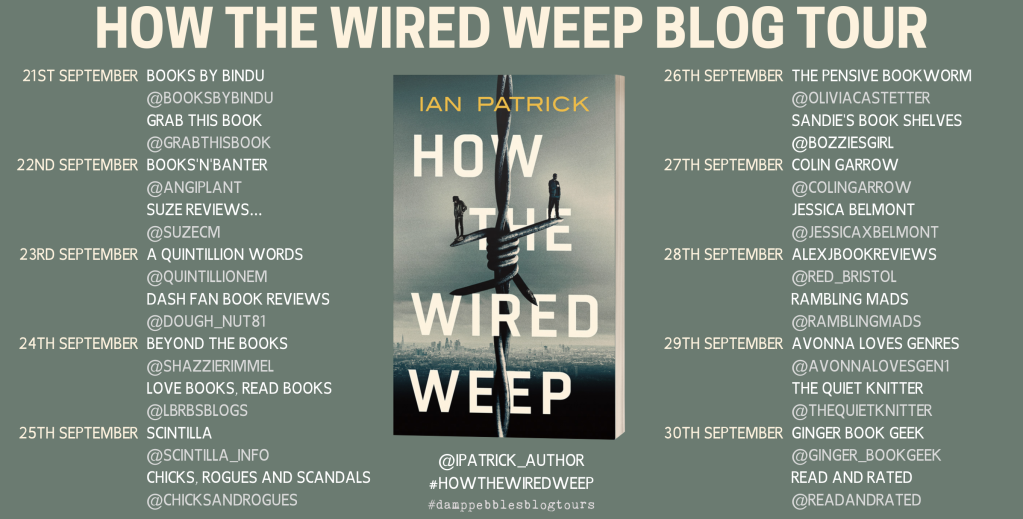 Book Blurb: The Wire crosses the pond.
Ed is a detective who handles informants. He recruits Ben, a young man, who is treading a dangerous path into the criminal underworld. Ben’s unsure of where his loyalties lie. They have to find a way to work together despite their
differences. Both men are drawn into the world of Troy, a ruthless and brutal leader of an Organised Criminal Network. Ben is torn between two worlds as he tries to walk the impossible line between criminality and helping Ed combat crime. He lives in fear of discovery. When your life is thrown upside down who do you turn to in order to survive? Set against the backdrop of the 2012 Olympic Games, How the Wired Weep is a fast paced urban thriller where time is against both men as they attempt to serve their own agendas.